Be the first to review this product
$3,450.00
SKU
BCO-GSH-23
Out of stock
Notify me when this product is in stock
Add to Compare

WARNING: This product has been restricted in some states. Please visit our shipping restrictions to find out whether it is legal for us to ship this item to you PRIOR TO CHECKOUT. Always consult your local laws and ordinances. 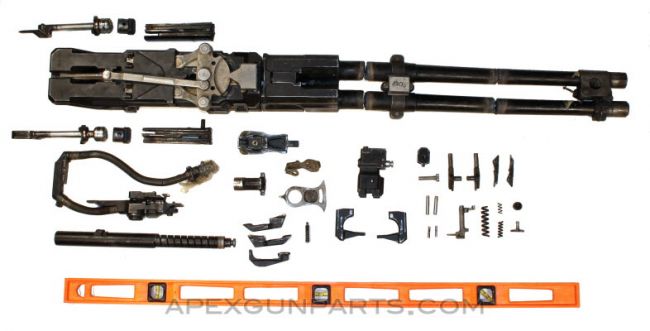 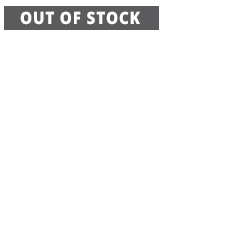 Sold as a parts set.

Keep those pesky enemy fighters off your wing with this autocannon!
The GSh-23 is a twin barreled, 23mm aircraft gun designed using the Gast Gun principle.
This solenoid fired cannon has no recoil springs, instead using the gas tapped from one barrel to cycle the other.
These cannons were commonly installed on Jet fighters as a ground attack and air defense weapon.
Here is a listing showing some of the aircraft that have the GSH-23 mounted: MiG-21, MiG-31, Su-24M, Tu-22, FBC-1 Flying Cougar
Helicopter gunship Mi-24VP (Mi-35VP), and the Mi-8.

Kits are complete with torch cut receiver and barrels, with extra care taken to avoid critical parts.
The twin feeder arms and pawls are stiff, and may have very slight unwanted bends.
Some parts will have a heavy coat of protective grease on them and will require cleaning.
May be missing some small parts.

These are GSh-23 cannons, not GSh-23L, and will not have any muzzle brakes.

This weapon was introduced in 1965.
Its operates on the so-called "Gast" principle which was invented in Germany during the First World War by Karl Gast at the Vorwerk company (today one of the leading producers of vacuum cleaners in Germany).
A "Gast" weapon has twin barrels and the recoil from the firing of one barrel reloads and fires the other barrel via a lever mechanism.
This system is simple, extremely reliable and makes possible compact lightweight weapons with a very high rate of fire (surpassed only by the much heavier and complicated guns with multiple rotating barrels).
Despite these advantages the GSh-23 series of cannons remains the only "Gast" gun built in large numbers.

All customers need to call CUSTOMER SERVICE 719-481-2050 to place an order for the GSH as it has to be shipped as freight.

WARNING: This product has been restricted in some states. Please visit our shipping restrictions to find out whether it is legal for us to ship this item to you PRIOR TO CHECKOUT. Always consult your local laws and ordinances.

More Information
Reviews
Write Your Own Review
Only registered users can write reviews. Please Sign in or create an account